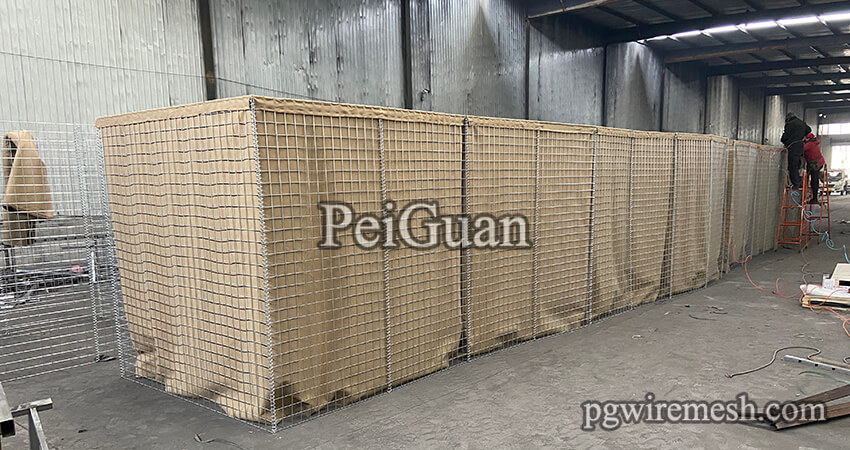 Military defensive barriers is made of the steel welded mesh and lined with heavy duty non-woven geotextile, can be filled with sand, earth, cement, stone, then as a defence wall or bunker. Military balst Barrier is originally used to control flood and erosion on beaches and marshes. 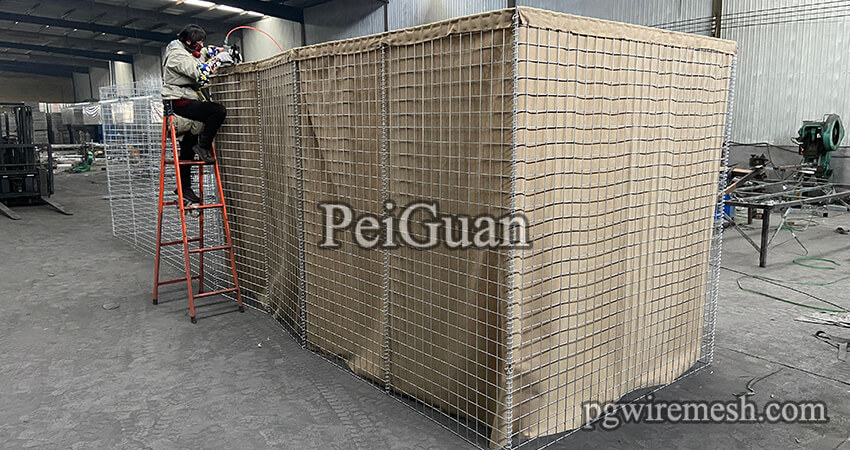 Afghanistan market used galvanized militatry barrier is widely used for security protection, burst attacks. PeiGuan is a China factory of standard military blast barrier and recoverable military blast wall. The PMIL gabion barrier unit is a multi-cellular barrier system which is pre-assembled and packed in pallets. Each unit will be connected by joining pins to form a protective structure. The military bastion barriers quickly became a popular security device in the 1990s. 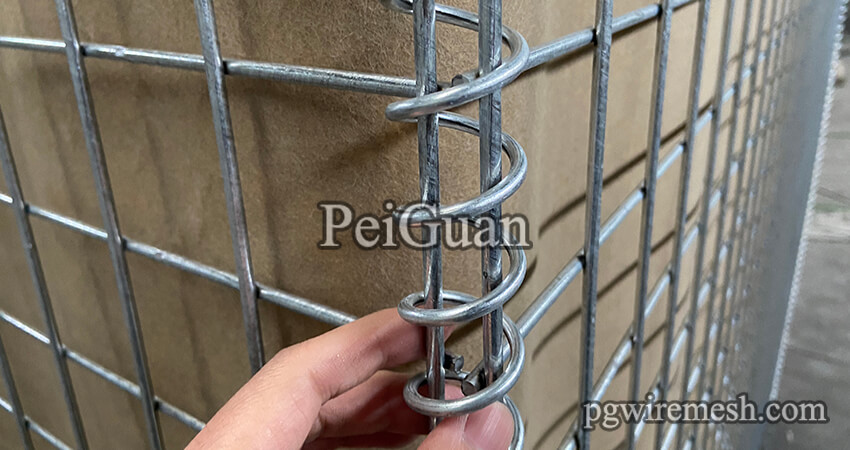 With the diversity of threats, military defensive barriers have unrivalled capability to protect your workforce and proterties from being attaked. The blast wall can limit the damage of shock wave within a certain range. That is a nice choice to use the blast bastion barrier to create border control points, checkpoints or the military fort. The military defensive barrier also can be used to build your own firing range for training. 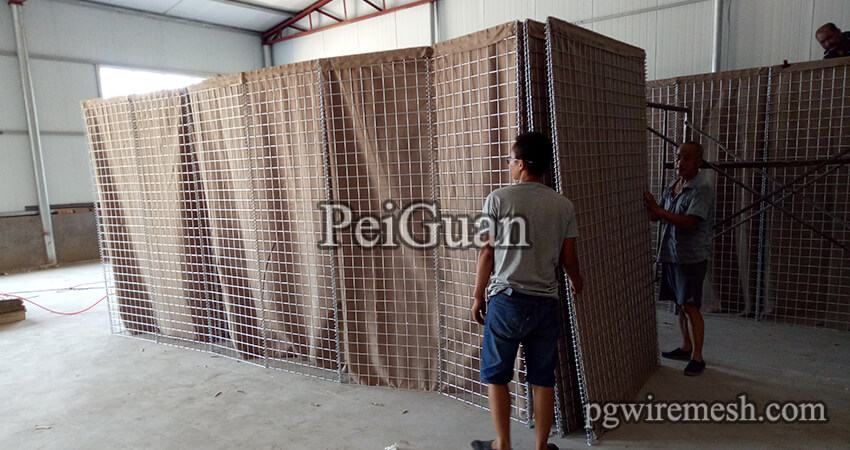 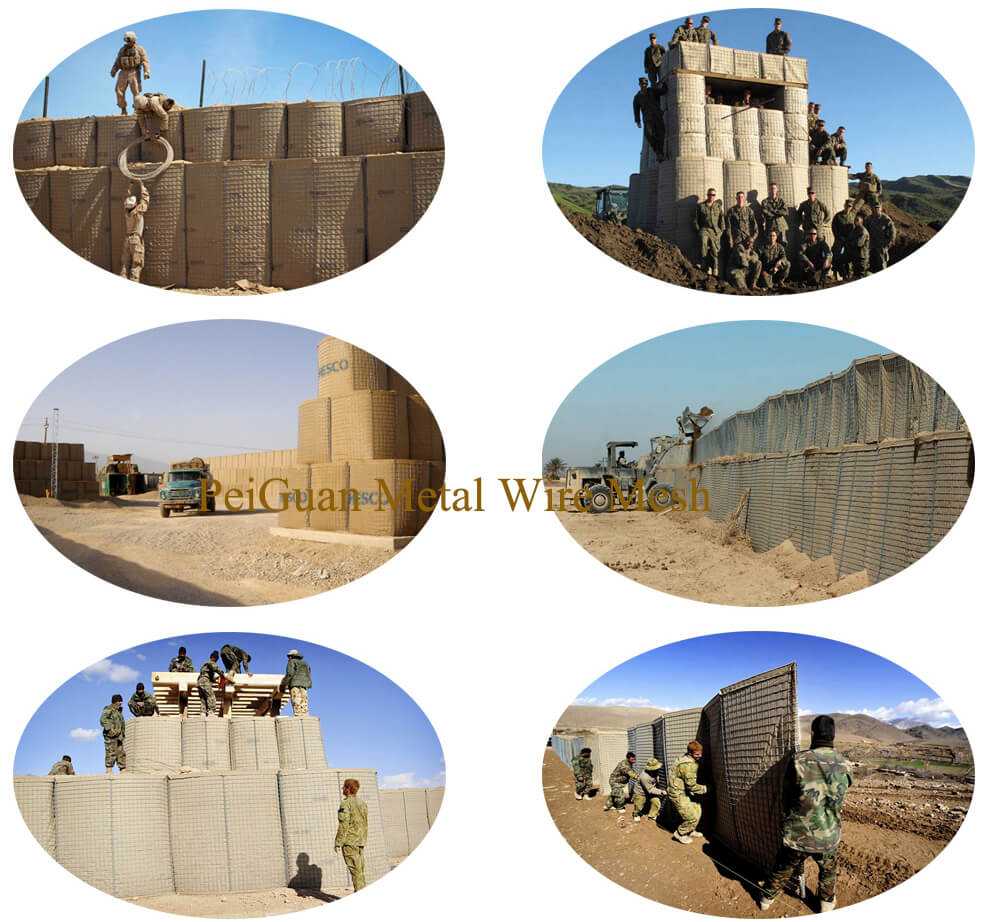 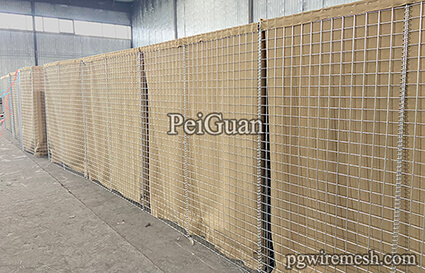 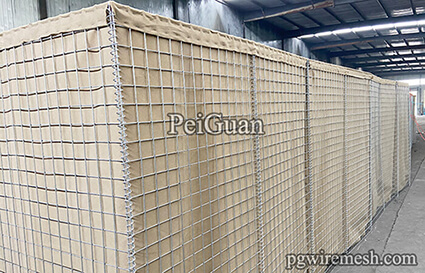 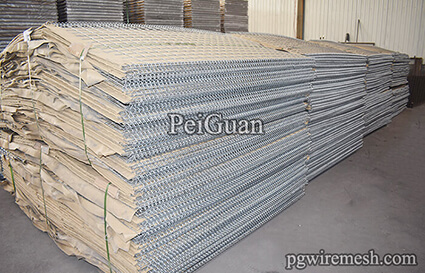 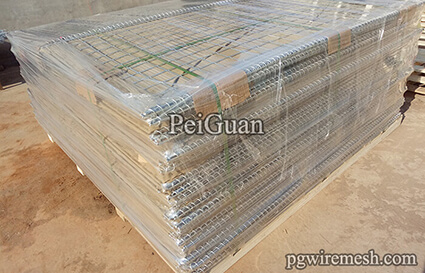 Military Blast Barrier/Wall made in China 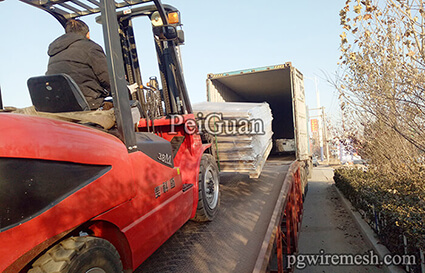 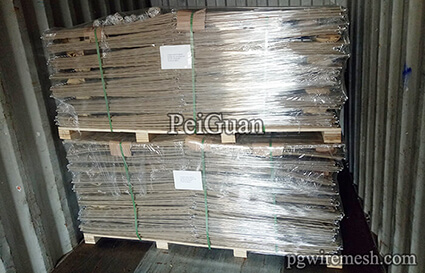