Military Bastion Barrier is widely used in military operations to protect personnels and troops from being attacked by cannons, mortars, VBIEDs. Military defense barrier is a popular expeditionary force protection system which is usually used in boundary security, so it is also named as security barrier. 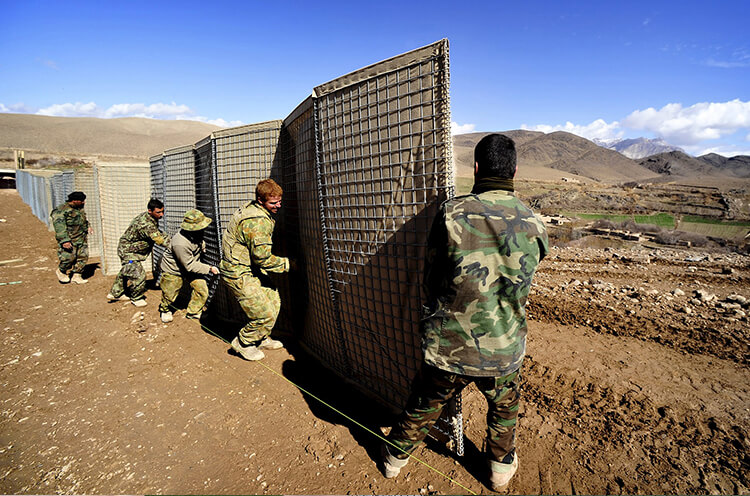 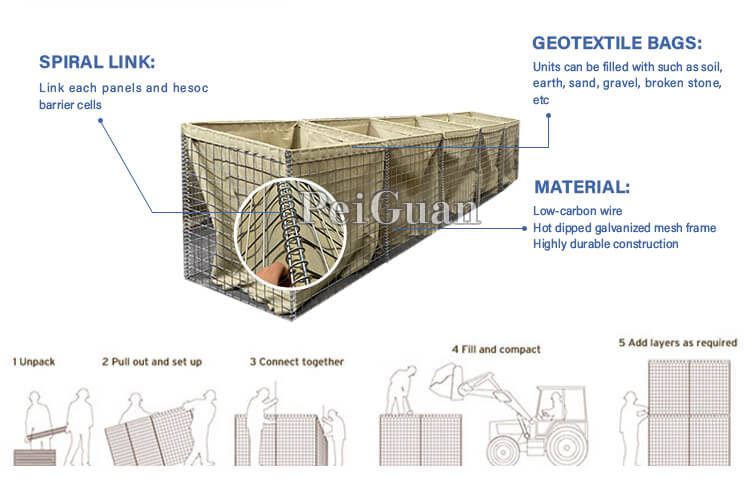 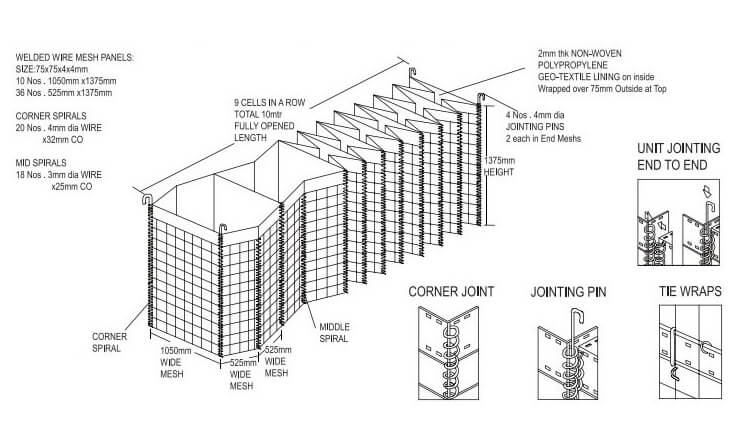 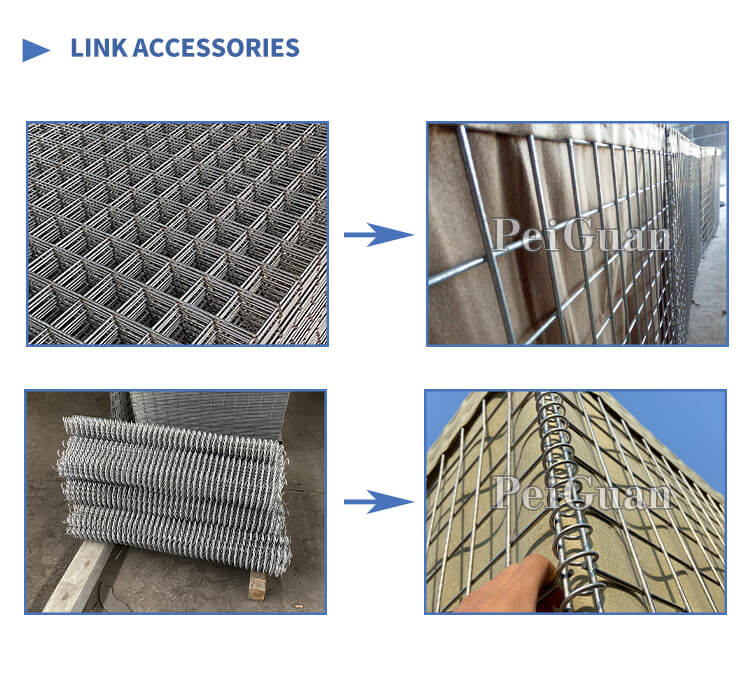 Otherwise, blast barriers  are manufactured from hot-dipped galvanized wire mesh and lined with heavy-duty non-woven geotextile fabric, so it is extensively used as flood protection sand wall just because of its high erosion resistance and rust resistance feature. Military defensive barriers  are used for government applications aroud the world to protect personnels and assets such as embassies and united nations peacekeeping activities. 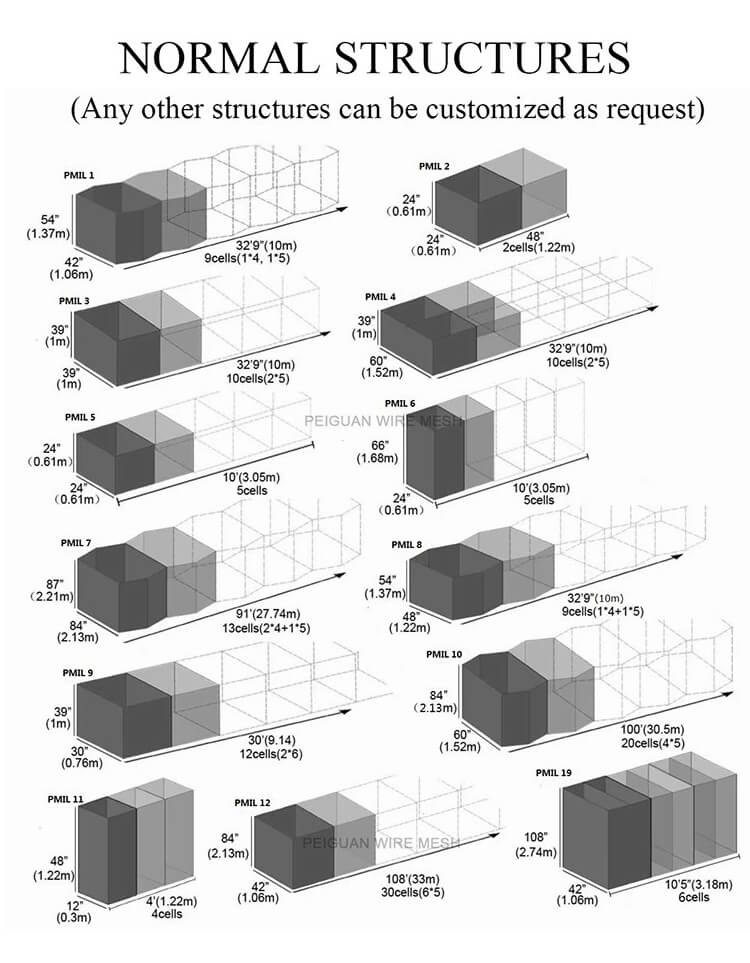 The  military hesco barriers  are not only deployed along the boundary as a perimeter security barrier wall, but also are able to deploy over rough terrain whilst saving much time and workforce to deploy a bastion wall in a short time.Delivering a complete security solution is the main role the blast barrier should act, moreover providing checkpoints and watchtowers along vast international borders or during the war.

Generally in the war it is necessary for troops to have the ability of building a firm camp bastion barrier rapidly as a temporary military base.At  PeiGuan bastion barrier , we provide confidence in designing and maufacuring all types of blast wall in China. We are confident in their ability to protect personnels, property and environment. 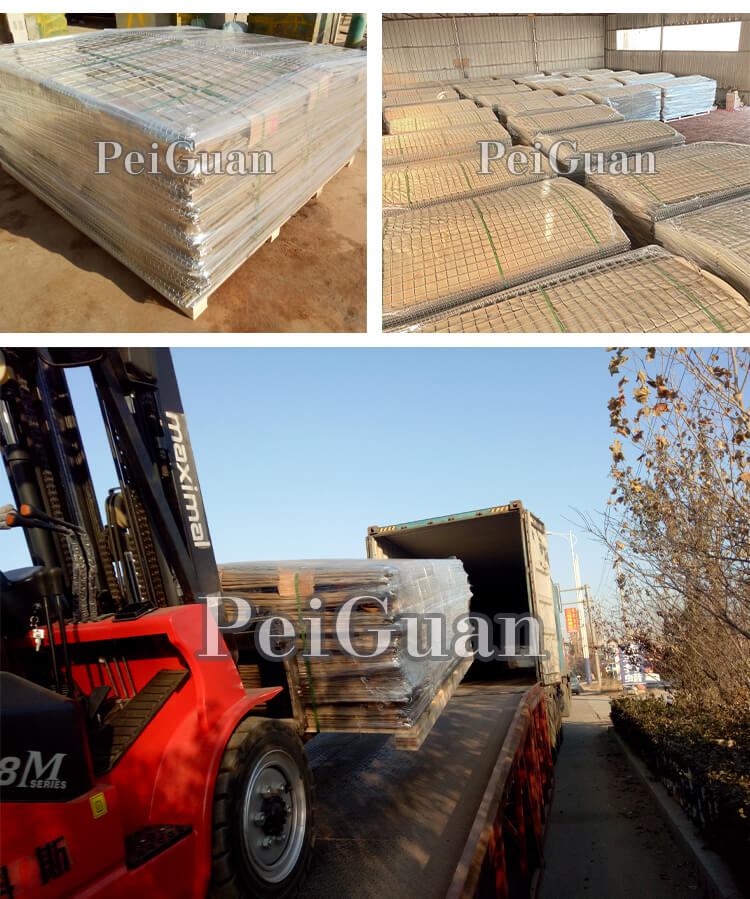