Camp bastion barrier is also called as temporary fort which can be used as command post during the war. It plays an important role to resist the riot in xinjiang city of China and many cities in middle east countries such as Iran, Iraq, Afghanistan, Syria, Jordan, Yemen,etc. 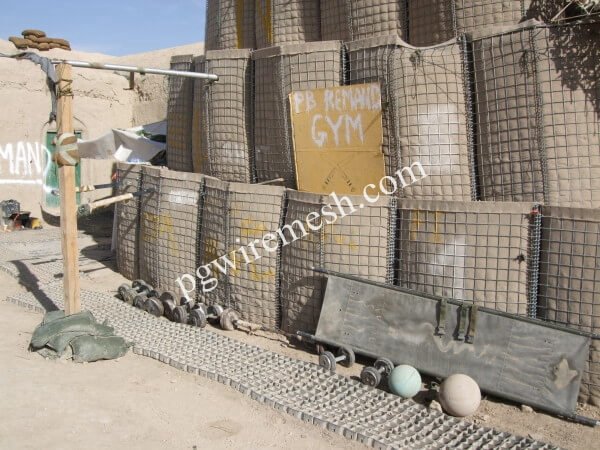 Welded Gabion
Our Gabion box are made by one of the nation's leading manufacturers of welded wire mesh. Each gabione is constructed of rugged hight tensile wire which is coated with a thick, corrosion-resistant layer of zinc. The wire is also available with a tough, durable PVC coating.
$0
$0